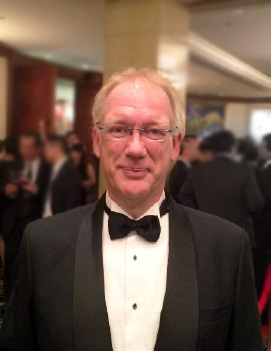 From CEO & Founder of Waninge Consultancy

Hello,
Welcome and thank you for visiting the website. Let me start off with some personal background: of my 31-year career at DSM, nearly 13 years were spent in Japan. It was certainly not in the planning when I joined DSM as a fresh graduate in 1985. I happened to be assigned to the research of a product / business which was expanding into Japan. After all, we were in the heydays of the Japanese bubble economy.

I came with curiosity and interest but knew very little about the country. I did not expect that I was entering a country where I would feel more at home than I do in my own country, the Netherlands. Of course, there were several things to get used to and adjustments were necessary, but I found out soon after I arrived that in many ways the Japanese culture, norms and values matched me very well.

At the end of that first assignment which lasted from 1991 to 1995, I was eager for another assignment in Japan. Which happened two more times, from 1999 to 2003 and 2011 to 2016. In between those times, we spent eight years in Shanghai China, during which I covered the whole of Asia, another great experience. Now we, as a family, have decided to settle ourselves in Japan, and I have become a permanent resident.

Being appreciative of Japan by no means suggests that I think Japan has no flaws or weaknesses. Like any other country, it has its imperfections. In my opinion, there is no such thing as one culture being superior to any other one. Every culture is different, with none better or worse than another, and it is solely a personal matter of what fits you and what doesn’t. Personally, I like Japan.

However, doing business in Japan is not an easy task for outsiders. Many books and articles have been written about the cultural differences. Japan is often described as closed, difficult to understand, slow, inflexible and strongly clinging on to its own way of working.

It is much easier for somebody from outside Japan if that person is bilingual or more importantly bicultural. I consider myself to be both. It is my objective to use that to improve interactions, communications, cooperation and business between Japanese and non-Japanese companies. I do not intend to do that through lectures or training, there is enough theory written on that, but actively through my personal involvement. And with a focus on Plastics, Chemicals, Automotive and Electronics. After all, my value is entirely based on my personal experience.

Please have a look at the rest of the website, look at the different services which are available and feel free to contact me if there is anything I can do for you.

Jan Waninge was born in 1960 in the Netherlands. He graduated from Groningen University in 1985, with a major degree in Organic Chemistry and a minor in Polymer Chemistry. Immediately after his graduation, he started to work in the Dutch Chemical Company DSM.

His career at DSM, which lasted for 31 years, started at the central research organization, focusing on thermosetting materials. In early 1991, Jan went to Japan to work in a Joint Venture of DSM with the Japanese company Mitsui Toatsu Chemicals. Jan’s assignment there was to incorporate the DSM technology into the newly founded company. The assignment was for two years, but was extended to four years. During this period, Jan met his wife Yuriko, and they got married just before his return to the Netherlands in 1995.

From 1995 to 1999, Jan was leading a development project for an innovative and new thermosetting product. The project contained Research, Product Development, Manufacturing Development and Market Development. This project was a cooperation with the Swedish company Perstorp. In those 4 years, the first commercial sales for the product were achieved.

At the end of 1999, Jan returned to Japan for a second time, becoming the General Manager of the Joint Venture with the Japanese company JSR. This also meant a change of products: from thermosetting materials to Engineering Plastics. On top of the business and organization, Jan led the conversion of the Joint Venture to a 100 % DSM owned company, which was completed in 2003.

In 2003, Jan moved to Shanghai, taking the position as Marketing and Sales Director Asia Pacific for DSM Engineering Plastics. He kept this position for almost seven years, during the period of which the business quadrupled and the Asia Pacific marketing and sales organization tripled in size. It was an intense period with extensive travelling through all the countries in Asia Pacific; from Japan in the east to India in the west, which was a great business and cultural experience.

From early 2010 onwards, Jan was the Global Project Director for a Marketing and Sales reorganization project for DSM Engineering Plastics. The core of which was conceptually a redirection from a product line oriented to a market segment based organization. Working closely with the top management, Jan defined and implemented the market segmentation, organizational structure, systems and metrics. The project lasted for 1 and a half years.

In the middle of 2011, Jan went back to Japan for a third time. In 2010, DSM Engineering Plastics had acquired a business in Japan which quadrupled their presence in that country. Jan assumed the position of Commercial Director, with main tasks being:

After 5 years, these objectives have been achieved, the third is obviously continuing as part of the running business.

After 3 periods in Japan, in total covering 13 years, Jan has become bilingual but more importantly bicultural. Moreover, Japan has become more of a home country to Jan than the Netherlands ever was. In 2016, after 31 years, Jan decided to leave DSM and settle himself and his family in Japan after 25 years of travelling around the world. He has now founded Waninge Consultancy with the aim to bridge the gap between foreign and Japanese companies, as he did for many years already in DSM.